OK, here is everything you need to know about bunking. Imagine a cold, snowy night in the narrow streets of the old west end, say a street like Ladouceur. It might look like this. 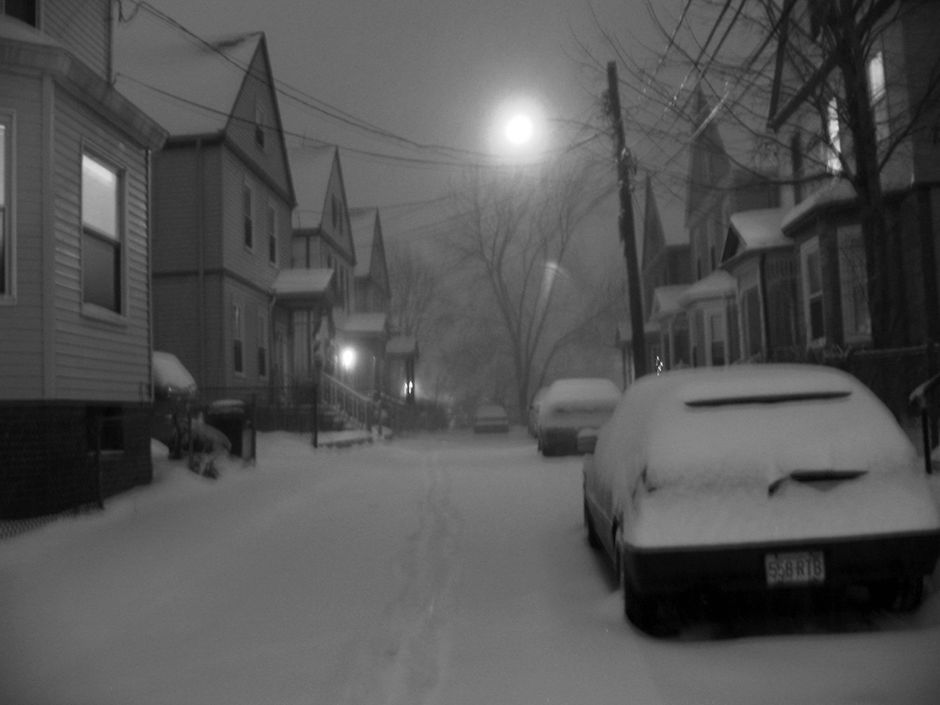 Now this is what Bob Dylan had to say about bunking.

"The things I did growing up were the things I thought everybody did - march in parades, have bike races, play ice hockey. (Not everyone was expected to play football or basketball or even baseball, but you had to know how to skate and play ice hockey.) The usual things too, like swimming holes and fishing ponds, sliding and something called bumper riding, where you grab hold of a tail bumper on a car and ride through the snow."
Bob Dylan, Chronicles, Volume 1, p.232
On growing up in the 1940-50s in Hibbing, northern Minnesota
Now imagine a big Cadillac slowly going down the narrow, snowy street.  It might look like this. 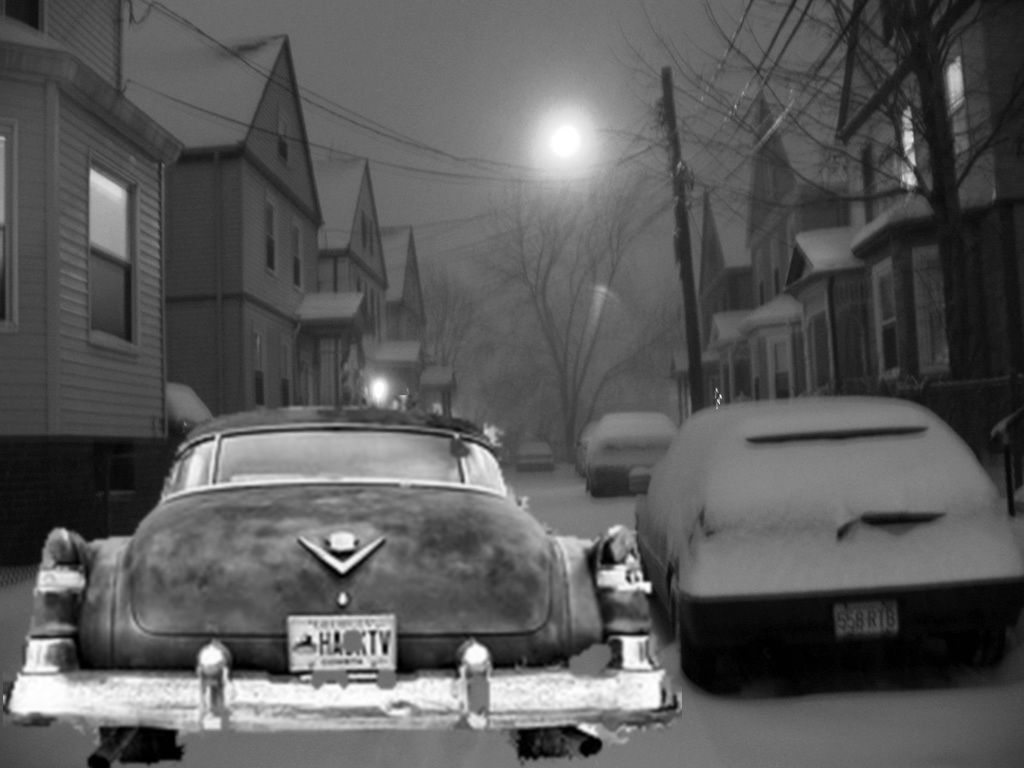 Now, that's a bumper! Crouch down, take a hold and slide on down the street. Set that to a reggae groove and you've got a song. Ya mon, we be bunkin'!